WHY THE NODES MOVE RETROGRADE

Hi Everyone. Let me first apologize for my long sabbatical. I was busy on another project and am no mutable multi-tasker. I’m happy to say I’m done and have greatly missed my typically intense engagement with astrology and am so pleased to be back.
Many people have asked me why the nodes move backwards and it’s a great question. The answer is the same reason that explains the earth’s precession—the influence of the Sun’s gravity. The lunar plane is tilted 5 degrees off the ecliptic (Earth’s path around the sun) and the force of the Sun’s gravitational field is trying to pull the lunar plane closer to the ecliptic. The pull is opposite to the movement of the Moon (and Earth), which is west to east (Aries to Taurus to Gemini etc), and counter-clockwise motion from the vantage point of the North Star.
To visualize the Earth’s precession, imagine a spinning top that is wobbling. Draw a line between the apex of the top and the sky. At the moment, the line would intersect the North Star, although this has not always been the case. In 13,000, the line will intersect Vega, in Lyra; and in 13,000 years, Polaris the North Star again. Due to the wobble, the line will trace a clockwise circle (the direction opposite to the Earth’s travel) in the sky.  It takes about 26,000 years to complete this circle.
The plane of the Earth is tilted 23.4 in relation to the celestial sphere, and like the lunar plane, the Sun’s gravitational force is trying to overcome the tilt. Due to this force (precession), the intersection of the Earth, ecliptic, and celestial equator, shifts slowly retrograde (in the direction opposite the forward motion of the Earth). Two thousand years ago, the three were united at 0° Aries. Today, the three unite earlier in the ecliptic, in late Aquarius. Basically, every year the Sun reaches the Aries Point a little bit earlier and earlier (in less than one full year). For this reason, the Aries Point is seen to move retrograde (backwards along the ecliptic). 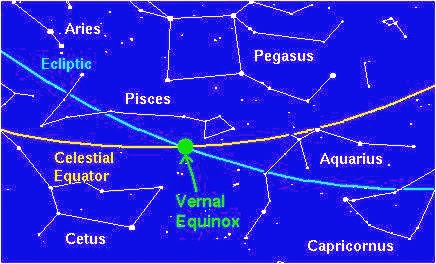 It is the exact same phenomenon with the nodes. If you visualize the North Node as the Aries Point, every day it is slipping backwards along with ecliptic. Only with the North Node, it slips backwards a lot faster and completes a cycle in 18. 6 years.
Posted by Unknown at 11:23 AM 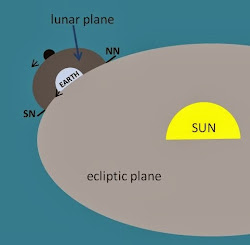 Kathy Allan is an astrologer, scientist, and award-winning writer. Certified at the professional level by the American Federation of Astrologers, she is the author of When Worlds Collide: Another Look at the Lunar Nodes, and Vice-President of the Florida Atlantic Chapter of NCGR. 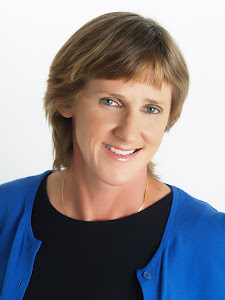 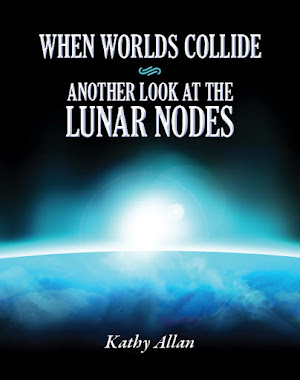 Visit my website: www.kathyallan.com
Connect on twitter: @applyastrology
Available on Amazon: When Worlds Collide: Another Look at the Lunar Nodes